LFB have reported the above-mentioned incident demonstrating the benefits of installing a residential sprinkler system in a new purpose built high-rise residential block.

The fire occurred within the bedroom of a flat on the first storey of the premises, 1 sprinkler head actuated containing/controlling the fire.

The cause of the fire is currently under investigation, no injuries were reported

Focusing on detailed analysis of compound data on fire incidents in Great Britain where sprinklers were reported over the period of 2018/19.

Identifies that over the 3-year period where sprinklers are reported as being present in purpose-built block of flats;

kitchen fires accounted for the highest number of sprinkler activations within flats with 40 from 89 incidents reported where sprinklers were reported as present. 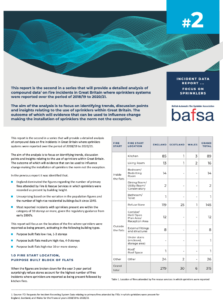