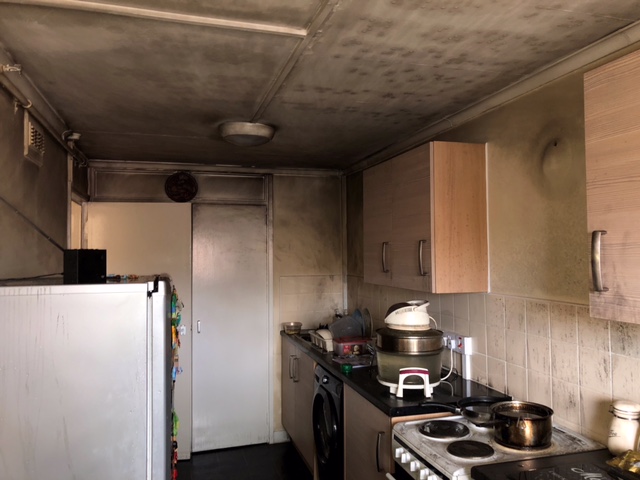 Crews identified that a sidewall sprinkler head had operated in in a flat where the fire originated, subsequently extinguishing the fire before firefighters arrived. The benefit of the sprinkler system was clear to see as the kitchen sustained minor smoke damage.

Lee Williams, Deputy Head of Business Fire Safety at North Wales Fire and Rescue Service, said: “This incident clearly highlights the importance of sprinklers in helping to avoid the spread of fire.

“The fast activation of the sprinkler system helped to protect the occupier of the flat from serious harm, as well as avoiding severe damage to his flat and major disruption to the remainder of the building and its occupants which may have resulted had the fire spread.

“It’s also a warning to everyone how leaving a chip pan unattended for even a short time can have potentially disastrous results as the oil can easily overheat and ignite.

“People assume that cooking chips in a pan of hot oil is a thing of the past, but we have had three such incidents within the last week alone.

“We’d recommend oven chips, using a deep fryer with a thermostat, or having a takeaway as a safer option, but if people do choose to fry then please ensure you stand by your pan – don’t be tempted to leave it unattended.”
In 2016 working closely with North Wales Fire and Rescue Service, Flintshire County Council took the bold decision to review their fire safety arrangements to protect their most vulnerable residents by installing sprinklers to all three of their specialised housing high-rise blocks.

Bolingbroke Heights, Richard Heights and Castle Heights, sprinkler coverage was provided throughout including the flats and common ways installed to BS9251:2014

The benefits of this decision were clearly demonstrated as this was the second sprinkler save since the sprinkler retrofitting project was completed in 2016.

At 17:49 hours on Friday 24 January 2020, North Wales Fire and Rescue Service crews were called to a report of a fire at Bolingbroke Heights, appliances from Flint, Deeside and Holywell were mobilised to the incident.

Firefighters rescued a man in his 70s from a heavily smoke logged flat within the building. He received a precautionary check for smoke inhalation at the scene.

The fire was extinguished quickly by the sprinkler system with damage confined to a cooker within the flat.